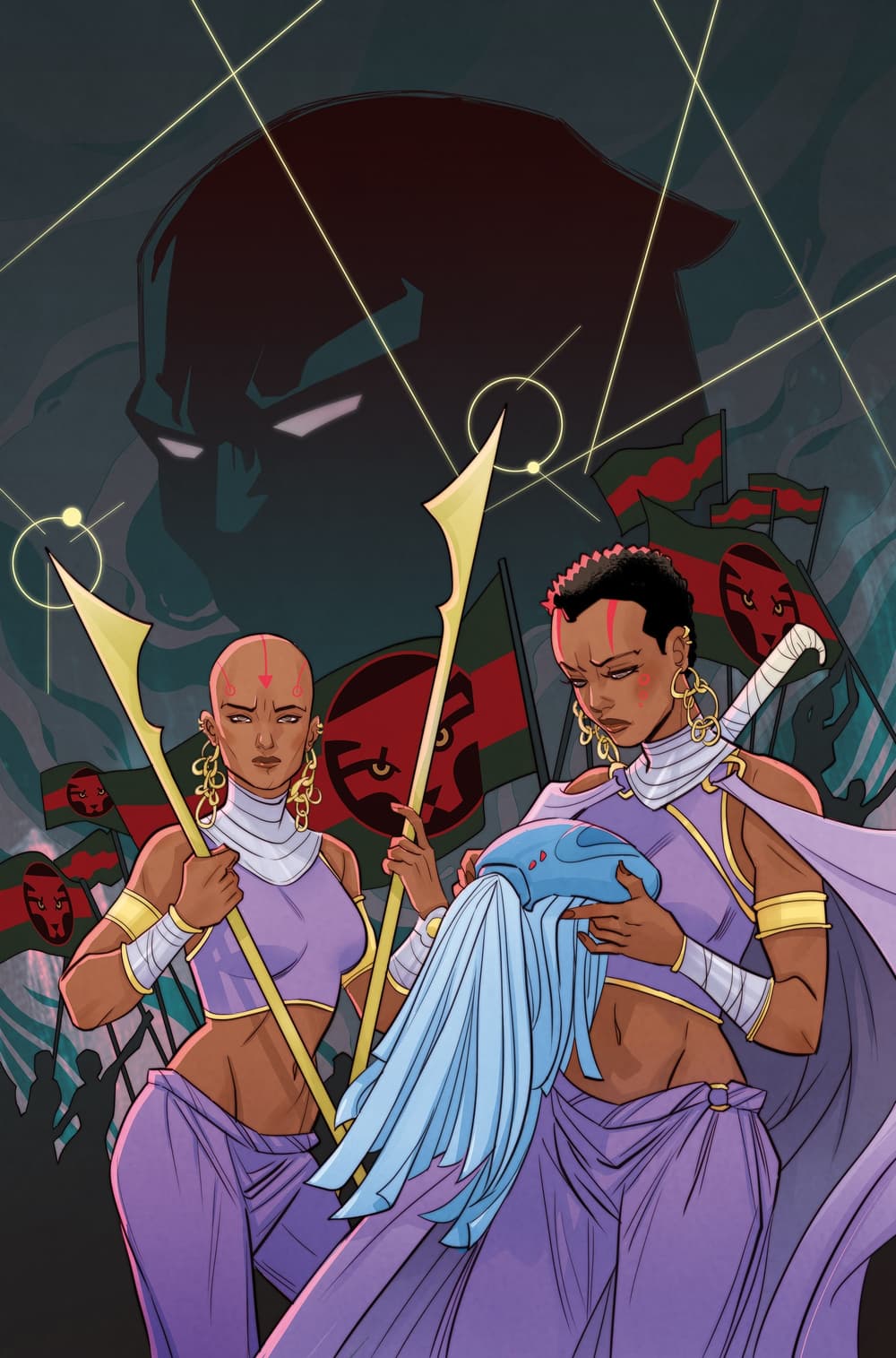 Ayo hasn’t been around as long as other vital members of the Dora Milaje, Wakanda’s military elite, but in the short time she’s been in existence, she’s provided more than enough reasons to be considered an iconic force for good. Ayo rarely holds her tongue, is driven by the need to say and do what she feels is right, and loves as fiercely as she fights. Often, Ayo is exactly what is needed to help tip the scales for those in need, and is a formidable partner alongside her love and fellow Midnight Angel, Aneka. Read her top comic moments on Marvel Unlimited below.

ULTIMATE FIRST APPEARANCE
Ayo first appears in ULTIMATES (2015) #1, however she doesn’t say anything until issue #2. Nor does she waste the moment. Although Wakanda’s king ultimately decided to carry on, the tone for Ayo was set on this one page. She is not one to spare the truth or cave to the might of the Black Panther. And this energy follows her right into BLACK PANTHER (2016).

WAKANDA’S MIDNIGHT ANGEL
The first several issues of 2016’s BLACK PANTHER introduce readers to a Wakanda that is broken and a king who can’t figure out how to mend his kingdom. Things are so bad that key members of the Dora Milaje become “enemies” of the royal throne.

Ayo then returns in stolen Midnight Angel gear to break out Aneka before her hearing.