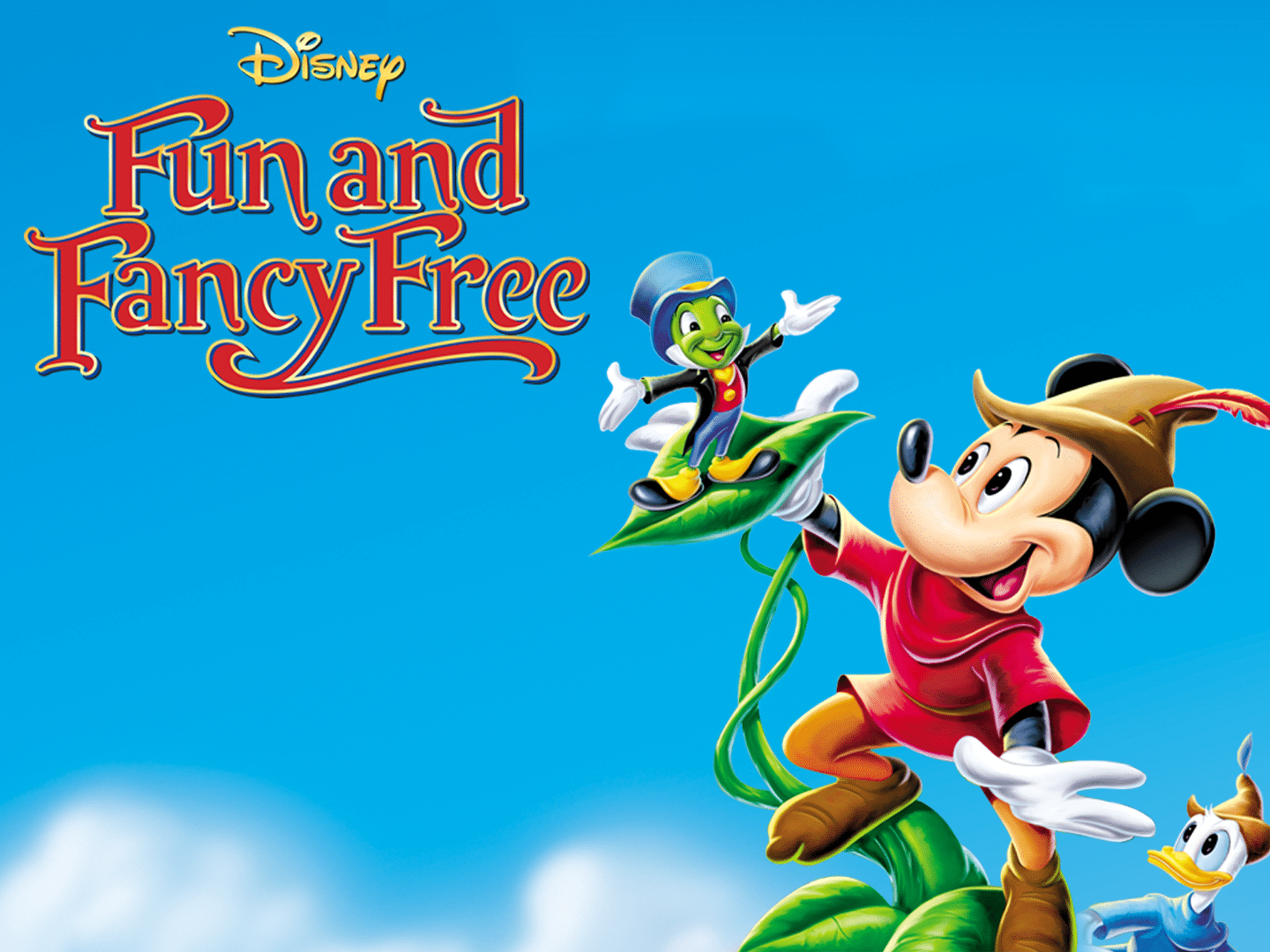 Instead of a plethora of shorter films, Fun and Fancy Free was sliced right down the middle (like one of Mickey’s beans), featuring two tales that were originally developed as feature films before stalling. That meant that one half of the film was devoted to “Bongo,” a story about a circus bear who finds himself back in nature (a storyline that would be recycled decades later in films like Bolt), narrated by Jiminy Cricket; and “Mickey and the Beanstalk,” the far greater section of the film, which put Walt’s most famous character in the classic fairy tale.

(This had been an idea that had been proposed as early as 1940 as a feature entitled The Legend of Happy Valley.) “Mickey and the Beanstalk” was narrated by Edgar Bergen, who Disney biographer Neal Gabler noted as “one of the very few people” Walt socialized with. While the Mickey section of the film is superior, it also suffers a bit from casting Mickey as just another character (a similar fate befell the Muppets when they were being forced into classic literary adaptations), as Gabler also notes. Maybe it’s telling that this was the first film where Walt didn’t exclusively voice the character himself. Instead, he called sound effects man Jimmy Macdonald into his office and told him he didn’t have the time anymore, although its been theorized that his voice, which took on a gravelly quality due to his chain-smoking filter-less cigarettes, probably had something to do with it. Macdonald would voice the character for the next 38 years. So while the Mickey in this film had drifted far away from the Mouse that was so beloved, it was the start of a version of the character that would last for the next several decades.

Tagged with: Fun and Fancy Free